Teresa Vittucci with Colin Self: DOOM 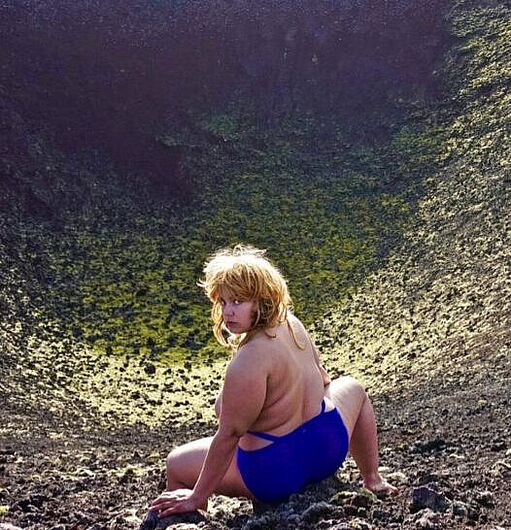 Teresa Vittucci (*Vienna) graduated from Vienna Conservatory, The Ailey School, Salzburg Experimental Academy of Dance (SEAD) and University of Arts Berne where she received her Masters in Expanded Theater. Since 2013 she has been developing a solo performance practice through her works UNLEASH (2012), LUNCHTIME (2015), ALL EYES ON (2017) and HATE ME, TENDER (2019).
She has collaborated with several artists and institutions including Staatstheater Mainz, Tanzhaus Zürich, Simone Aughterlony, Marie Caroline Hominal, Trajal Harrell, Gil and Nils Amadeus Lange, whith whom she made the duo U BETTA CRY (2013) with. Her works have been presented at Swiss Dance Days 2015 and 2019, Tanzhaus Zürich, Gessnerallee Zürich, les urbaines, brut Wien, Sophiensaele Berlin, Impulse Theaterfestival, WUK Performing Arts, Manifesta 12 and several others. Teresa has received the ImPulsTanz danceWEB scholarship 2013 (Ivo Dimchev), the Foreign Study Scholarship of the Austrian CultureMinistry (BKA), the STARTstipendium scholarship from BKA as well as the TURBOResidency at ImPulsTanz 2014 and 2018.
She was awarded the Recognition prize by the city of Zürich for her work as an outstanding performer 2018 and received the Swiss Dance Award for her piece HATE ME TENDER in 2019. Teresa is Young Associated Artist (YAA!) at Tanzhaus Zürich. For her piece HATE ME, TENDER she has received the Suisse Dance Award.

Colin Self (*Oregon, US) is an artist, composer and choreographer based in New York and Berlin. He creates music and performance pieces designed to trouble binaries and play with the boundaries of perception. Self works with a broad range of communities using voices, bodies, and computers as tools to interface with biological and technological software.
Self is a teacher at NYU’s Clive Davis Institute in Berlin, and has presented work at The Dutch National Opera, HAU Berlin, The New Museum, The Kitchen NYC and Issue Project Room, among many international festivals and venues. He is a Rhizome Commission Grant recipient and a Queer Art Mentorship Fellow. He served as an Eyebeam Resident in 2016 and a resident fellow at Etopia for FUGA in Zaragoza, Spain in 2018. He is a co-founder of the NYC queer performance collective Chez Deep and The Radical Diva Grant. Self received his MFA in music and sound from Bard. Self also works closely with Holly Herndon and has performed with her touring ensemble since 2015. He runs XOIR, an international non-utilitarian vocal workshop focused on alternative modalities of group singing, and releases solo music on the record label RVNG Intl.