A place inside a place

Places inside of us

We, framed by your eyes

A fragment of what could be

A vision yours alone

Receptacle is a 3 hour-long durational performance. Each audience member only sees one hour of the work. The performers are inside a small room built in the projektraum. The audience watches into the room from the outside through small windows in an unusual perspective of close proximity to the action. Inside, the performers are engaged in creating what could be described as an abstract narrative. Each performer cannot know what the other performers will do.  The narrative is constructed in real time. The audience hears the sound through headphones. The performers themselves do not hear the same sound. The relation between the sound and the action is casual, as are most of the (apparently) meaningful relations taking place in the room. Consequently most meaning is individually assembled in the mind of the audience.

A receptacle is a container. It contains something.
Looking at any given object we can try to distinguish its outer form from its inner content. Once we separate these two dimensions, we can easily look at the outer form of an object as a receptacle, which contains the inside of the object. If we observe our environments and start to look at things or people as receptacles, a curious phenomenon tends to happen. First our attention goes to the outer dimension/the container, but soon the awareness of the container summons the image of what is contained. Depending on our position in relation to the object, we can only visualize either the outer dimension, or the inner dimension, but not both at the same time. One side is always hidden to us. As a result, we resort to imagining/experiencing what cannot be seen. This imagination is the source for the creation of “receptacle”. 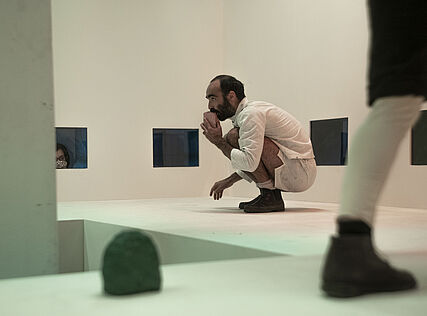 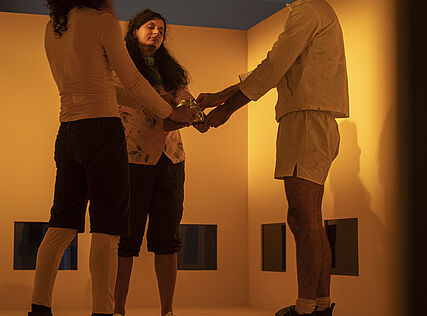 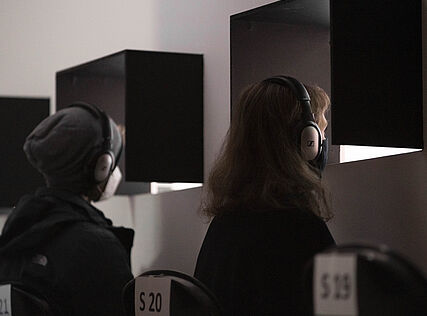 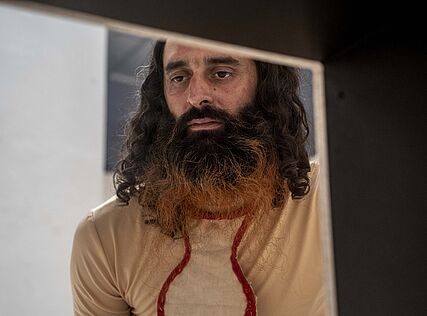 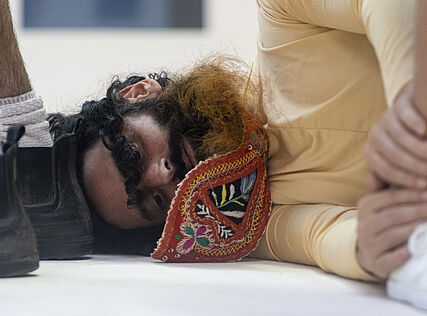 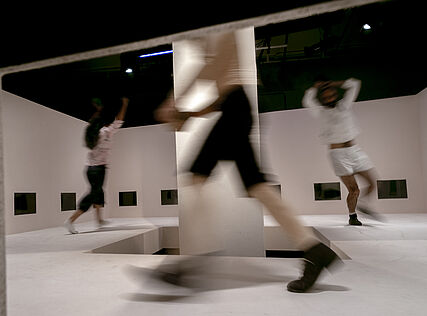 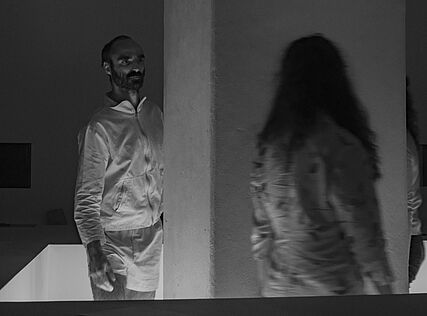 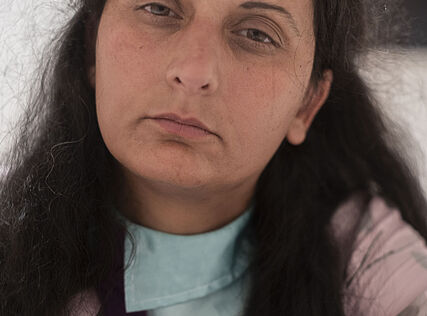 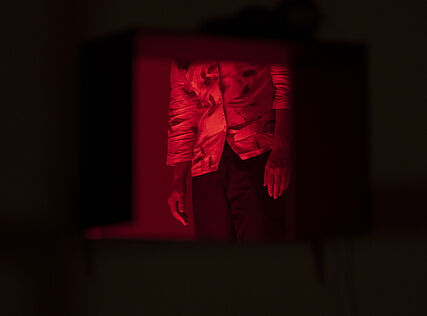 Raul Maia is a Portuguese dance/performance artist working between Porto and Vienna.

His focus as a dance maker is in creating frames for physical behaviour practices, from which physical language can arise and be re-contextualized into an artistic object. He splits his time between his own work and his ongoing artistic collaboration with Belgium choreographer Thomas Steyaert. His work has been shown in festivals and houses such as ImpulsTanz(at), Xplore dance Festival(ro), Potsdam Tanzfabrik(de), Idans Istanbul(tur), Tanzquartier (at), WUK(at) and Brut(at), D.D.D. (pt) among others. As a performer he has collaborated with ultima vez/ Wim Vendekeybus, Anna MacRae, Tino Sehgal, Fanni Futterknecht, Alexander Gottfarb, Sofia Dias and Vitor Roriz and Paul Wenninger amongst others.

Linda Samaraweerová graduated from the dance and performance school P.A.R.T.S. in Belgium. Between 2005 and 2017 she collaborated with the Austrian sculptor and installation artist Karl Karner, crossing the genres of visual and performing arts. Together they developed choreographic works from sculpture, installation, performance, dance, theatre, video and film.Their projects were shown regularly at Tanzquartier Wien (since 2009), as well as at other venues/events, including Steirischer Herbst, brut, ImPulsTanz, Donaufestival, Lentos Museum, Neue Galerie Graz, KM – Künstlerhaus, Halle für Kunst und Medien. Abroad they presented their projects  in the Czech Republic, France, Romania, Italy, Sri Lanka, Azerbaijan, Georgia, Germany and Switzerland. Publications: Greenkasten (Kerber Verlag, 2012); I Think We Have A Good Time (2009). Linda Samaraweerová is currently studying cultural practices that deal with the alternation of human consciousness. At present she is developing a contemporary opera with the Czech composer Robert Jíša, which will premiere in the fall of 2020 in Tanzquartier Wien.

Frederico Lobo, born in 1981 in Porto. In 2006 he attended the documentary course Ateliers Varan, at Fundação Calouste Gulbenkian in Lisbon, in which he made the short film "Entre-Tempos", winner of the Young Filmmaker Prize at the Vila do Conde Short Film Festival. Since then he has worked in cinema, having made in 2008 the feature film "Bab Sebta" (awarded in Fid Marseille, Doc Lisboa among others), co-directed with Pedro Pinho and the short film "Zone d'attente # 0" . In 2014 he finished "Industrial Revolution" (premiered at Visions du Reel), a new documentary feature film, co-directed with Tiago Hespanha. In 2017 he held a Master in Cinematography at ESCAC de Barcelona and as a cinematographer and light designer he has worked with Von Calhau, João Vladimiro, João Calixto, Angelica Salvi, among other directors and artists. In 2020, together with André Gil Mata, João Vladimiro and Luís Palito, he founded the Rua Escura film cooperative.