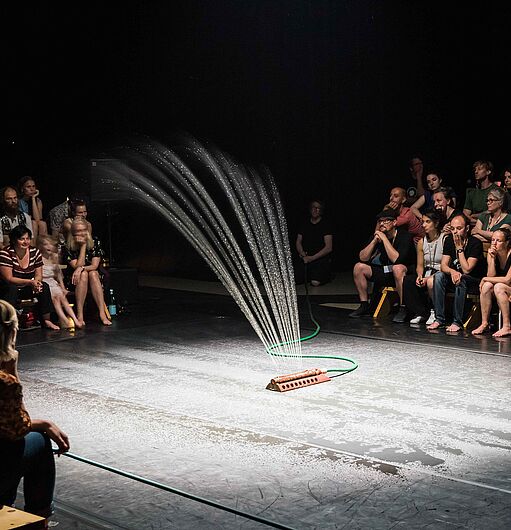 Felix Zech grew up in Dresden, Germany. Alongside circus he performed with several different choirs and with his band  and singer. After secondary school he completed three years of training as a carpenter and spent a year in Canada to avel. In the circus school Die Etage, (Berlin, DE) he met his partner Petra Steindl and together they went to Tilburg to get their Bachelors in Circus and Performance Art from ACaPA (Academy for Circus and Performance Art) alongside other members of the group Familiar Faces.

Hendrik Van Maele started circus at the age of three, slowly his focus changed from hobby to full-time circus maker and performer. In school, the focus mainly  laid on building a physical foundation as an individual as well as in a group. Inspired by the Alexander Technique, he started becoming more aware of  habitual patterns in and around him. This keeps him currently busy for most of the day.

Petra Steindl, (Vienna), started circus at the age of 15. After almost five years of higher education in circus, she graduated in 2017 from ACaPA (Academy for Circus and Performance Art, Tilburg, NL). Over the last four years she has been working with Felix, Hendrik and Josse in the Partner Acrobatic collective called Familiar Faces.

Josse De Broeck comes from close to Mechelen in Belgium. He started circus at a young age and went on to graduate from ACaPA (Academy for Circus and Performance Art, Tilburg, NL), where he began a collaboration with three other Partner Acrobats, making their own performances under the name Familiar Faces. A performance on the possibilities of healing