In the course of our durational performance, we weave an associative fabric, reflecting on personal emotional landscapes as well as on how emotions are talked about, dealt with and conceptualised in our society.

HOW do we think and talk about emotions?

HOW do we move our emotions?

In the daily practice at Der Betrieb we meet to work, departing  from the idea that dance and choreography are processes of thinking. We embody, deconstruct and translate concepts and metaphors used to talk about the emotions. The body takes on the role of a dismantler of meanings, a grinder, a confused translator, emotionalising the rational, rationalising the emotional.

In our quest we search for common denominators, for bridges and connections between people and the way they feel and think, as well as for places of rapture and friction. Emotion interest us because we are made to share them and because they represent how we see the world and try to make it our own.

Der Betrieb, a new proposal by Anna Maria Nowak and Alexander Gottfarb,  is opening its doors on the 5th of October 2022.  Der Betrieb is an artistic space located in the 15th district of Vienna, Vogelweidplatz 13.

It is open seasonally, all activities are free of charge and the audience is welcome to enter -  as spectators, watching, reflecting and being participant in the art making.

The first season of Der Betrieb  - The Emotional Season, is starting on the 5th of October and lasts until the 19th of November. The place is open to the audience Wednesday to Friday 1-6 pm and Saturdays  2-7pm. 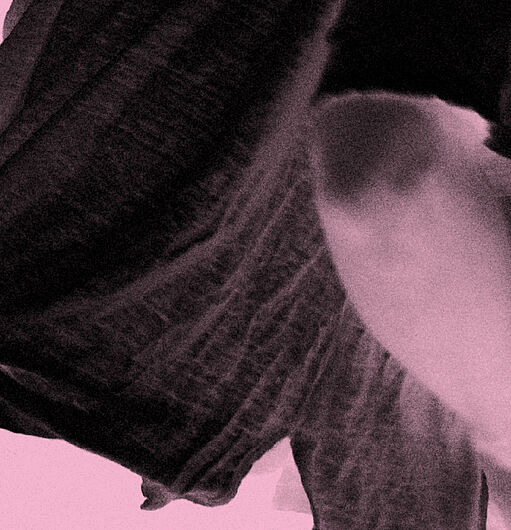 Archipelago - Verein für Performative Künste is an association supporting various art projects strongly anchored in contemporary dance, choreography and performance practices. Archipelago has, since its founding 13 years ago, established itself and has become an integral part of the Viennese dance and performance scene. Archipelago is a an conglomerate encompassing the the works of Alexander Gottfarb, Anna Maria Nowak, The Loose Collective and their various collaborations. In the recent years the artist working under the umbrella of Archipelago have been creating works that are durational, site specific and anchored in the local contexts, challenging the prevailing theatre production patterns. Der Betrieb is their latest proposal incorporating those interests.

Karin Pauer is a Vienna based performer and choreographer. The exploration of relations, in-betweens, empathy and togetherness informs all of her works. She negotiates these notions combining embodied choreographic practices with language, visual arts and live music.
In 2008 she received her BA in Choreography at the ArtEZ – Insitute of Arts in Arnhem/ The Netherlands. Since 2015 she has continuously worked with the Austria based dance company Liquid Loft. She was a recipient of the danceWEB scholarship in 2009 and the TURBO Residency in 2012, both at ImPulsTanz, Vienna. In 2018 she was granted the BKA START Scholarship.
In 2020 she was nominated for the EU choreographic platform 'creative crossroads'/ Life Long Burning. Her own works have been presented at ImPulsTanz/ Vienna, Tanzquartier/ Vienna, Donaufestival/ Krems,  Brut/ Vienna, Festwochen/ Vienna, MAMbo Museum/ Bologna and various international festivals.

Arttu Palmio is a performance artist and choreographer interested in big and small dances, good and bad emotions, and long and short (personal) stories.

Anna Maria Nowak is a freelance artist, living and working in Vienna since 2005. In her own work, she is investigating the interplay between thought, sensation and movement and is exploring notions such as displacement, synaesthesia and metaphor. She was born in Poland, where she studied Scandinavian Studies at the University of Gdańsk. She received her dance education at Anton Bruckner Privatuniversität in Linz. She is a founding member of Archipelago – Verein für Performative Künste, The Loose Collective and Arbeitsplatz Wien. Since 2006 she has been working with Liquid Loft.

Charlotta Ruth works and plays with time and perception inside choreography, arts based research and pedagogical endeavors. Her work has e.g. been presented at WUK, Tanzquartier, Brut in Vienna and MDT & Dansens Hus in Stockholm. She looks for subconscious layers in concrete actions. Things that are dual; meticulously freaky, off beautiful and colorful grey. The last years her main topic of investigation has been performative aspects of communication, questioning forms of societal participation and what happens to “liveness” in our updated environment of interfaced reality.

Alexander Gottfarb graduated from the Stockholm Ballet Academy in 2003. The Swedish artist lives in Vienna. As a dancer, he has worked with choreographers Elio Gervasi, Iztok Kovač, Chris Haring / Liquid Loft and Björn Säfsten, among others. He is a founding member of The Loose Collective. In 2009, he created the association Archipelago, together with Anna Maria Nowak, and has since created his own artistic work. Alexander Gottfarb’s interest in examining politically (Political Movements, 2010) or religiously (Moved by Faith, 2011) motivated forms of movement was already evident in his earlier pieces. His latest creation, Negotiations (2018), was a year-long dance performance taking place every day between 10.00 and 18.00 at TQW Filiale. The dancer and choreographer uses motifs of repetition and transformation, discipline and exhaustion in his work.

Anna Mendelssohn, born 1976 in Vienna. She studied acting in Great Britain. Since 2004 she is ensemble member of the company "toxic dreams" and has performed in over 35 of their productions. She has performed with a number of other choreographers and directors (such as Mara Mattuschka, Anna Maria Nowak, Superamas and Oleg Soulimenko), acted in films (of Miriam Bajtala, Michaela Schwentner, Thomas Marschall) and works as a voice-over actress. Numerous own performances, e.g. Cry Me A River, Here and Now, What?, Feminism and the Bauchgefühl, Amazon – River Deep, Free Speech? !. She has performed at festivals and on stages throughout Europe and in the USA.

Charlotta Ruth plays with time and perception inside choreography, game-design and artistic research. Her works takes a media independent but site and context-specific approach ranging between stage, gallery, public space, institutional in-between spaces and online. Her work has been presented at, for example, Tanzquartier, Brut, WUK, Brunnenpassage Vienna, MDT, Dansens Hus Stockholm as well as international touring to Denmark, Estonia, Ukraine, France and Italy. Her artistic research has been presented in the contexts of SAR 19, Alliances & Commonalities Stockholm University of the Arts 18, 20, Artistic Research Pavillion #3, Venice 19. Ruth holds a PhD in Arts from the University of Applied Arts, Vienna an MFA in choreography with performance art specialization DOCH/Stockholm university of the Arts and she is originally educated at the Royal Swedish Ballet school. She also studied computational thinking & basic programming, media activism, e-poetry and the writing of Live Action Role Play.

Guy Cools is a Belgian dance dramaturge, currently living in Vienna. He has worked as a dance critic and dance curator and worked as a production dramaturg, with amongst others Sidi Larbi Cherkaoui (BE) and Akram Khan (UK). As a dramaturgical mentor, he has been mentoring the Biennale Dance College in Venice and the Atlas program of Impulstanz in Vienna. He teaches at different universities and arts colleges in Europe and Canada. His most recent publications include The Ethics of Art (co-edited, 2014); In-between Dance Cultures (2015); Imaginative Bodies (2016); The Choreopolitics of Alain Platel (co-edited, 2019) and Performing Mourning. Laments in Contemporary Art. (2021)

Zosia Hołubowska (born in 1988 in Poland) is a queer sound artist, musician, and music curator, working and living in Vienna since 2016. They explore archives of folk Eastern European music, as well as traditions of magic, herbalism, and demonology, and experiment with archaic ways of singing to create queer soundscapes, installations, performative rituals and audio essays. They also create sound designs for performances.

Produced by Archipelago and co-produced by WUK Performing Arts,

With kind support of the City of Vienna (MA7) and the bmkös - Federal Ministry Republic of Austria - Arts, Culture, Civil Service and Sport Department and Arbeitsplatz Wien