Saskia Vermeylen on actual desires in the space sector on the occasion of the exhibition "EXTR-Activism" at Kunsthalle Exnergasse.

The landscape of space exploration and utilisation is changing through the impetus and growth of the commercial space sector. The acceleration of the privatisation of space travel and use is spearheaded by private entrepreneurs who consider space to be the next ‘frontier’ expressed through a sense of unquestioned entitlement to space and its resources as part of their expansionist, capitalist, mercantilist and colonial ideology. International space law, centring around the Outer Space Treaty of 1967 (OST), has always sought to safeguard space and its resources for peaceful purposes and for the benefit of humankind, regardless of national technological and financial competencies. But these core principles are under pressure from a new space sector that is increasingly inclined to dismiss the normative value of preserving space for the benefit of the whole of humanity and conserving unique planetary ecologies and habitats from contamination. Instead, the commercial space sector now lobbies for national legislation and unilateral agreements to play a bigger role. A key focus is legal issues regarding ownership of space resources and rights to human and robotic settlements on, for example, the Moon and Mars.

Simultaneously, the world order has also changed significantly since the establishment of OST in the Cold War era. Firstly, there are new spacefaring nations, including China’s growing unilateral prominence. Secondly, smaller nations, such as Luxembourg, are seizing the opportunity to become a hub for the private sector and are passing legislation that supports private and commercial exploitation of mining sources through regulating private ownership over space mined resources. Thirdly, the growing awareness that the space sector can contribute to sustainable development is resulting in a new generation of space initiatives emerging in the global South, including new policy ambitions of the African Space Agency, under the auspices of the African Union. Fourthly, major existing space actors, most notably the U.S. have adapted their space policies to the new commercial space era. For example, the Spurring Private Aerospace Competitiveness and Entrepreneurship Act of 2015 (SPACE Act), which allows a U.S. citizen engaged in asteroid or space mining to possess, own, transport, use and sell extracted resources, and the Artemis Accords (NASA 2020), which includes principles to guide space cooperation among participating nations to avoid conflict in space and on Earth and to bolster commercial space exploration by including provisions on utilisation and ownership of space resources.

The civil use of space is also increasingly under pressure. Space has always been used for non-offensive military purposes (such as communications, navigation). However, space is becoming a contested environment and under threat of weaponisation, most notably by Russia and China. The proliferation of new space actors is resulting in a growing interdependence between military, civil, and commercial space institutions. The lack of regulation and accepted international norms of responsible conduct in space is creating for a dangerous mix of growing counterspace capabilities and aggressive space policies. Moreover, there is a growing liability to the safe use of space posed by the tens of thousands of redundant objects (parts of rockets and satellites) that are littering orbit. New governance and law is required to not only to manage space debris and provide (fair) traffic control, but also to plan for planetary protection against the risks of (cross)contamination.

The artworks selected for this exhibition explore the notions of extractivism and neo-colonialism of the commercial space era against the background of African countries developing their own space programme (most notably South Africa and Nigeria). The juxtaposition of the old space powers’ renewed interest in space colonies on Mars and mining resources through private entrepreneurs against the widening of the space programme provides the ideal background to curate artworks questioning our current dilemma whether to protect outer space from further colonisation or to open up this new frontier to further exploitation and environmental destruction - a new colonial scramble for natural resources.

The exhibition is curated around the idea of an immersive performance wherein the decolonial body plays a central role when moving around the exhibition space. Applying Mignolo’s idea of decoloniality to curating, the main idea of this exhibition is to (re)inscribe hidden and silenced voices and histories in space exploration, extractvism and space law. The exhibition challenges Eurocentric categories of aesthetics and retells the story of extractivism and space travel from the perspective of Afronauts. The forgotten histories, contested legacies and repressed memories of space travel are explored through a plethora of art practices that seek to blur the boundaries and distinctions between fiction and reality. This blurring allows us to imagine how extractivism would look like on Mars if we did not learn from our past and current ecocides and genocides.

The exhibition takes place on board of a pan-African spaceship, sending Afronauts to Mars with the task to stop Lunar and Martian colonialism and extractivism. During their voyage the Afronauts rewrite the history and future of space exploration and give birth to a Pan-African space law manifesto that halts the exploitation of humans, non-humans and more-than-humans. What this exhibition explores is the counterfactual history of the space race, as we know it. It explores what space law would look like if it would properly engaged with the lessons from terrestrial extractivism. The reimagining happens by exploring the future through an alternative past – what if the first person on the Moon was a Kenyan humxn, how would space law and governing of mineral resources evolve in the commercial space race?

Events in the frame of the exhibition

Previous article
To all articles

These articles could also be interesting for you: 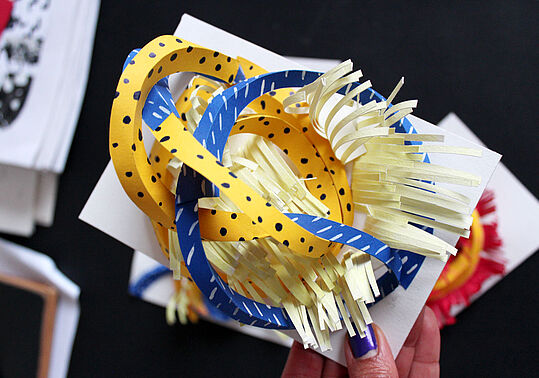 The Art of Indoor Tuntathlon 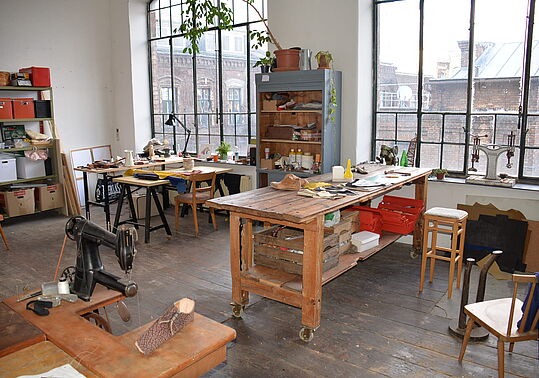 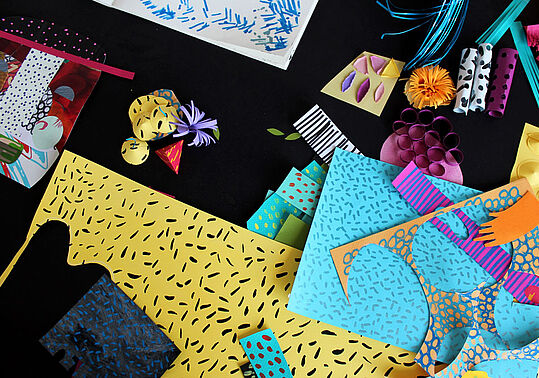