74 (The Reconstitution of a Struggle / Die Neukonstituierung eines Kampfes)

Film screening followed by a conversation between Raed Rafei and Fritz Ofner.

1974. Lebanon is at the brink of the civil war. Students of the American University of Beirut demonstrate against a tuition increase. For 37 days, they occupy university offices in a fight for social justice and against American imperialism. Through improvisations and reenactments, seven Lebanese activists revive the events and ideals of that seminal event.

1974. Lebanon is in intellectual, cultural and political ferment. Between March and April, for 37 days, a few students from the American University of Beirut occupy the university's premises to protest against rising tuition fees. 2011: in the midst of the Arab Spring, Rania and Raed Rafei decide to step back and reconsider today's situation in the light of that period which was pregnant with hope, but also a prelude to civil war. Should they revive the past? Recall it? Reconstruct it? That's a crucial question. Here the method is decisive. First, make meticulous research. Then launch the experiment, as the film doesn't only reread past events, but also searches for their echo in today's time. Thus yesterday's protagonists are portrayed by their likely modern counterparts, political actors involved in present struggles. What is democracy today, and how can we fight? A few guidelines, a few emblematic accessories as so many signs (a picture of Che Guevara, a megaphone) and here they go, launching into an experiment based on improvisation, in which a form of theatricality accentuated by the enclosed setting interact with cinema. And in this dialectic of past and present, memories go around as freely as words in present time, just like in the interviews which punctuate the film - yesterday's and today's words getting inextricably mixed. - Written by Nicolas Feodoroff

Raed Rafei was born in 1977 in Tripoli, Lebanon. He is a filmmaker, writer and multimedia journalist. He is interested in reality, fiction and what lies in between. 74 (The Reconstitution of a Struggle), a feature film he co-wrote and co-directed with Rania Rafei in 2012, premiered at the FID Marseille International Documentary Film Festival where it received an award. The film received other prices in Morocco and Brazil and was screened at other international film festivals in countries like Canada, Portugal, South Korea and Germany. Raed Rafei is currently Artist in Residence at KEX Studio. 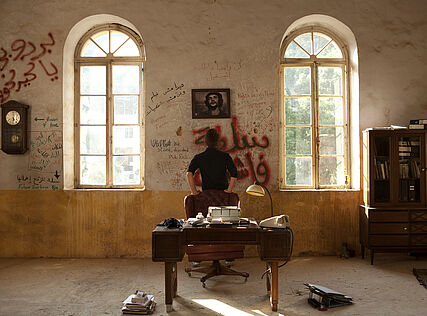 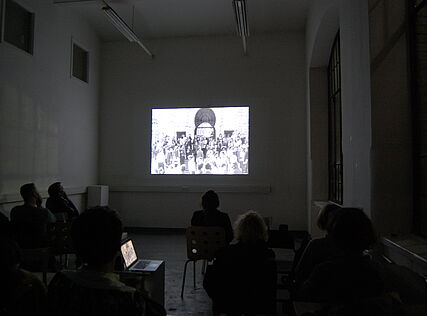 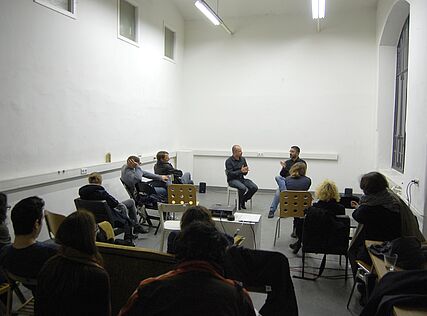 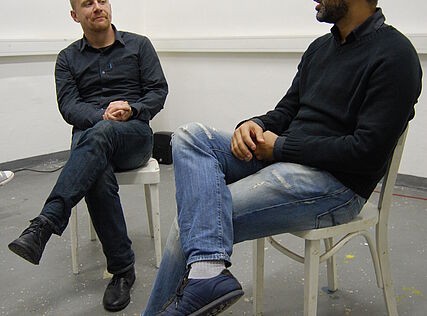