Songs of the Swamp presents an array of international artists whose works represent, invent, question, or deploy systems. The context is the failure of multiple systems – national, theatrical, financial, market, web.
Songs of the Swamp seeks a new aesthetic taxonomy of systems: their actors and their dynamics, their becoming, ascendancy and decay. Songs of the Swamp asks, in making an exhibition – an experiment in the creation of new meaning – can we capture the interplay between multiple systems as a story?
A swamp is prey to drainage, it stands in narrative limbo. It can become a garden, a desert, a body.
Accepting his Nobel Peace prize for pure potential in 2009, Barack Obama quotes J.F.K.: “Let us focus… on a gradual evolution in human institutions”.
Evolution happens without fluidity: punctuated equilibrium. The steady sputter of genetic and technical errors keeps traction on the ancestral speed of change. But cataclysmic punctuations of the norm create a slickness on which only rare and radical glitches – like mammals with flippers – can grip. Those less lucky in their errors can only hope that War, Hunger and Warming herald a cataclysmic supercession: a new ecology of built systems that is not reliant on extreme catastrophe to create real change.
The progatonist here is a worm-like structure that winds through the Kunsthalle Exnergasse, ‘drawn’ from thin strips of steel. Contained within the gut-strings of the worm are a number of video works in varying stages of dissection.
Outside the ‘worm’, systems find a space within the ‘swamp’: identity and nationhood, myth making, literacy and interpretation, spatial alterity, time / scale, memory and industry; the body.
Worm is the syntactical seeking of a story for itself in the ecology of the exhibition.
HKS & RKC, January 2011

Thanks to pro helvetia Schweizer Kulturstiftung and Volkskundemuseum Vienna. 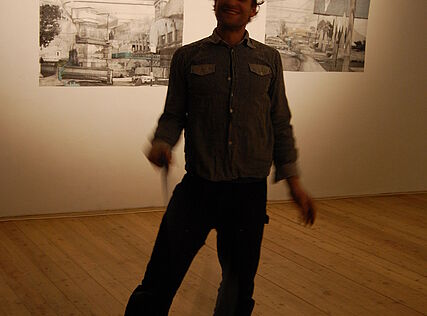 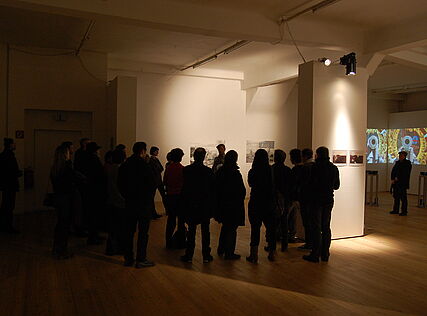 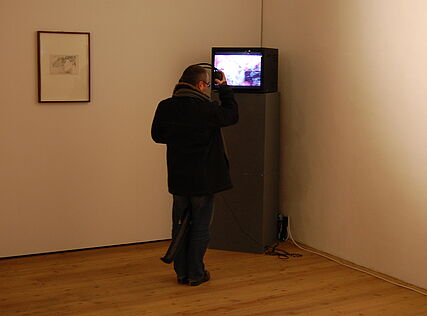 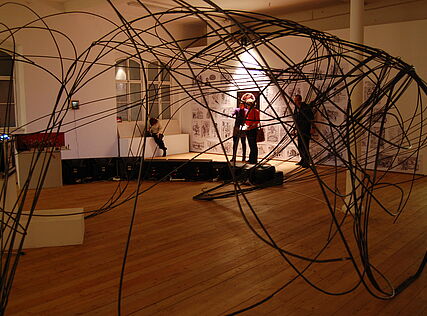 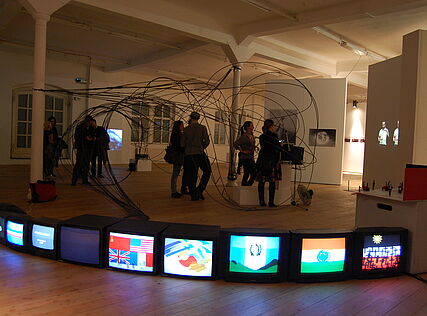 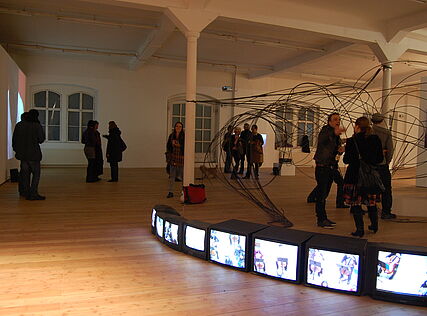