The death rate is 100 percent. So it’s better to start dealing with dying right now...

Due to the enormous progress in medicine during the last decades, our lives can be prolonged in ways that were unimaginable for previous generations. However, we are also forced to take more control over life and death than ever before in history.

What are the limits of our self-determination today, as members of a technologically advanced consumerist society obsessed with optimization and individualism?

R.I.P. SERVICES helps you manage the challenges of death and dying in the most enjoyable way possible. 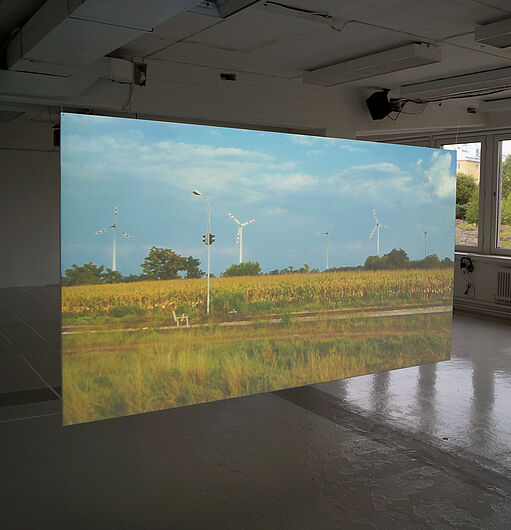 onemorequestion is a Finnish-Austrian artist collective led by Joonas Lahtinen. Their first project YOYO – You are On Your Own premiered at the URB 14 Festival (Kiasma Museum of Contemporary Art, Helsinki 2014) and in brut Wien (2015), and was invited to HomeFest in Bucharest (2015).

Joonas Lahtinen (* 1984) is a performance and installation artist, director, researcher and teacher who lives and works in Vienna. Since 1995, he has performed in various Live Art, theatre and TV productions. In his projects, Joonas explores the politics of space and of the everyday from perspectives that are both humorous and disturbing. Many of his performances are site-specific and have a strong installational character. His recent works include the sound installation What’s your Take on Mad House? (Mad House Helsinki 2017), the performance/installations R.I.P. SERVICES (URB 16 Festival / Kiasma Theatre / Finnish National Gallery); YOYO – You are On Your Own (URB 14 Festival, brut Wien 2015, HomeFest Bucharest 2015), I BLAME YOU, TONY BLAIR! (imagetanz 2014/brut Wien, Kiasma Theatre 2016) and EIN.KÜCHEN.BAU (SOHO in Ottakring Festival 2016, STAGE Helsinki Theatre Festival 2013, Freischwimmer-Festival 2012-2013). Joonas has studied Performance at Queen Mary, University of London and is writing his PhD dissertation about power relations in and political underpinnings of participatory performance practice at the University of Helsinki. Since 2017, Joonas has been working as a Lecturer/Researcher (Universitätsassistent) in Art and Education at the Academy of Fine Arts Vienna.
http://joonaslahtinen.wordpress.com/    http://vimeo.com/lahtinenstransky/

Luzie Stransky (* 1983) studied Theatre, Film and Media Studies in Vienna and Helsinki. She has worked as a production assistant for several Vienna-based theatre companies such as kabinetttheater, theatercombinat and Nomad Theatre. She has been working together with Joonas Lahtinen since 2010 and was in charge of the production management and dramaturgy of What’s your Take on Mad House? (2017), R.I.P. SERVICES (2016), Wie stehen Sie zum brut? (2015), YOYO – You are On Your Own (2014-2015), I BLAME YOU, TONY BLAIR! (2014-2016) and EIN.KÜCHEN.BAU (2012-2016).

Mikko Niemistö (* 1984) is a choreographer and performance artist living in Helsinki. He holds an MFA in Choreography (New Performative Practices) from the School of Dance and Circus (DOCH) in Stockholm and has also studied physical acting at the Royal Theatre Academy of Madrid (RESAD) and performing arts and directing at Metropolia University of Applied Sciences in Helsinki. Since 1995, he has performed in various dance, theatre, Live Art, TV and film productions in Finland and abroad. In his works, he crosses borders between dance, theatre and performance art. His recent projects include the solo performances Birthday (Mad House Helsinki 2017) and Birthday #2 (Weld Stockholm, Kutomo Turku 2017), the performance White Beauty by the group Mellanmjölk Productions (Korjaamo Helsinki, Meteor-Festival Bergen 2017) and the directing of the performances Varokaa, punk tulee! (Suvilahti Helsinki, Lainsuojattomat Festival Pori 2013) and 2084 (Forum Box Gallery Helsinki 2012). Mikko is part of the curatorial and artistic team of Mad House Helsinki, a production house for performance.
https://mikkoniemisto.wordpress.com/

Eero Erkamo (* 1982) is a lighting, set and video designer based in Helsinki. He studied Lighting Design at the Theatre Academy of the University of the Arts Helsinki and has been working with various theatre, dance, performance, new circus and opera groups as well as with museums since 2008. His recent projects include the lighting and video design of Minna Canth’s Anna Liisa (Rovaniemi City Theatre 2018), lighting design of the performance Legenda pienestä Luusta (Turku City Theatre and Kolmas Tila collective 2018), lighting and set design of Leena Harjunpää’s dance performances HÄÄT – All by myself (Turbiinisali Helsinki 2017) and The Architects (of behaving) (Hurjaruuth Helsinki 2016), as well as lighting design of the installation The Other Side Installation that won the Gold Medal for the Best Exposition in the Student Section of the Praha Quadriennale 2015.
https://eeroe.carbonmade.com/

Get you tickets here:

R.I.P. SERVICES premiered at the URB 16 Festival (Kiasma Museum of Contemporary Art / Finnish National Gallery) in Helsinki in August 2016. With support from Arts Promotion Centre Finland, Finnish Cultural Fund / Uusimaa Regional Fund, and ruumisarkkuliike.fi. The performances at WUK supported by Frame Contemporary Art Finland, the Finnish Institute in Germany and the Academy of Fine Arts Vienna, Institute for Education in the Arts