Beginning in the 1920s, 16mm film stood for a cost-effective alternative to 35mm film. This technical leap entered into socio-political and private realms, and signified independence from major film studios. The subsequent accomplishments of genres such as Direct Cinema or Personal Cinema developed out of the new more portable technical possibilities and cheaper production costs associated with 16mm.
16mm film has since become a costly challenge for artists. Technical hurdles such as limited access to film stock and a lack of developing facilities have caused only a handful of laboratories to work with this formerly inexpensive material, causing its price to skyrocket.
While classic cinemas are dying out, the 16mm medium is garnering renewed attention in exhibition spaces.

The exhibition Slow Down! establishes productive moments of artistic reduction with film in regards to film installations that exceed the two-dimensional space of the projection screen and reclaim the exhibitions space for itself.

The exhibition title Slow Down! refers to working with 16mm film as a practice informed by an economy of the medium’s capabilities and an efficiency of execution (economy), as well as by the concentrated way one interacts with the camera (solitude/intimacy). The physical presence of the medium is an opportunity for resistance against the unbridled exploitation and reproduction of images. A respite from the current image-driven media landscape.
The works on display will also challenge the viewers to slow down: the content of the works are metaphors, reduced to the essentials, to observations, visualizations, and forms of communication. Ideas turned into images. Viewing them takes time. 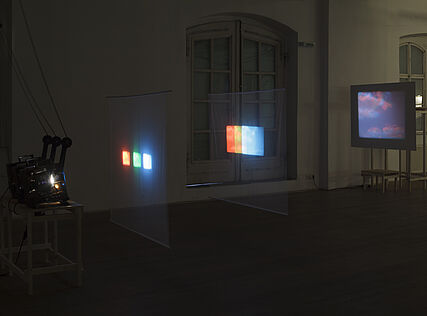 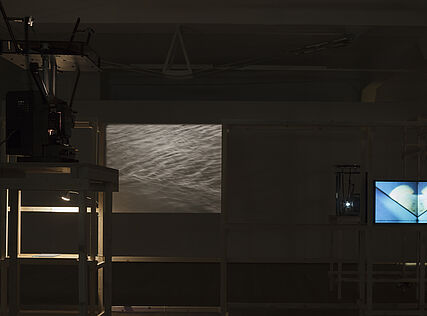 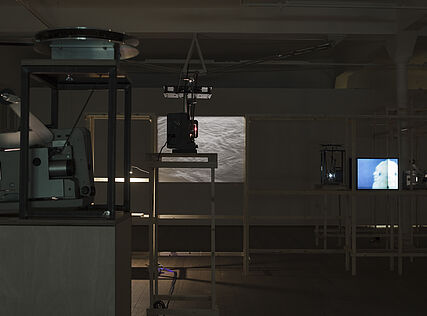 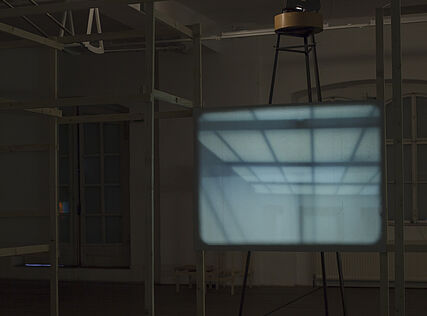 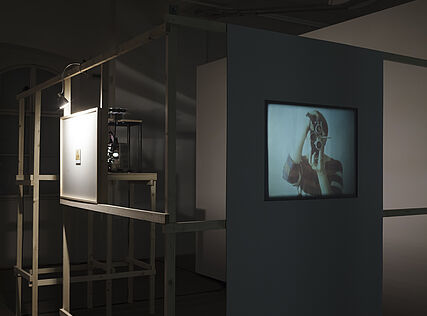 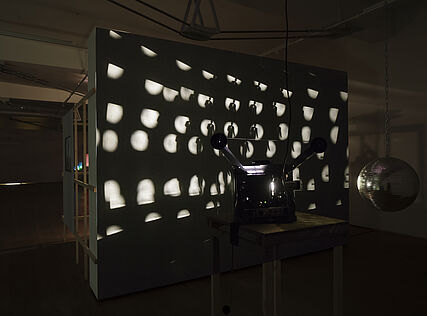 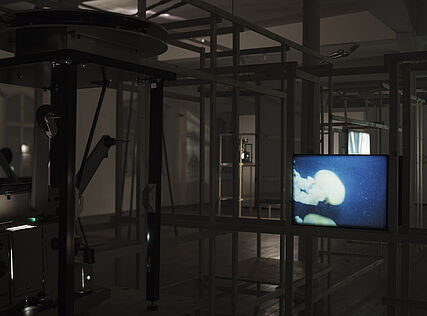 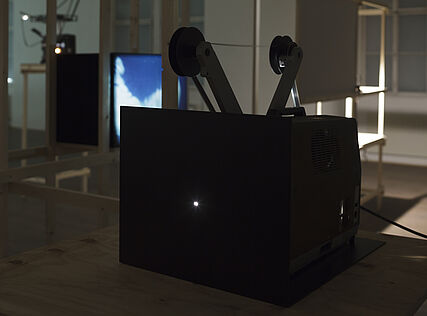 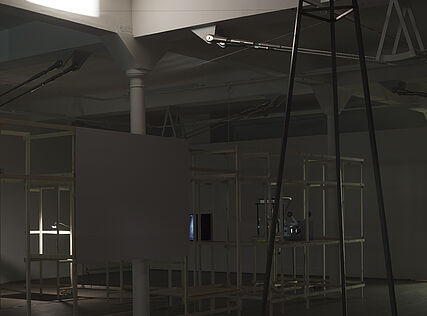 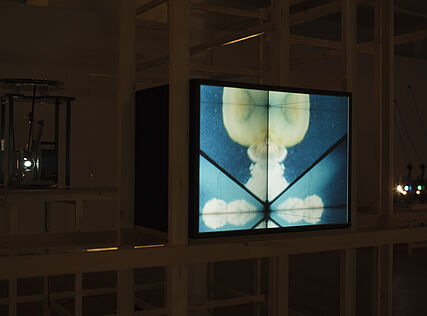 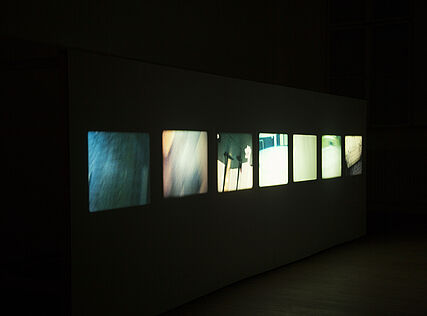 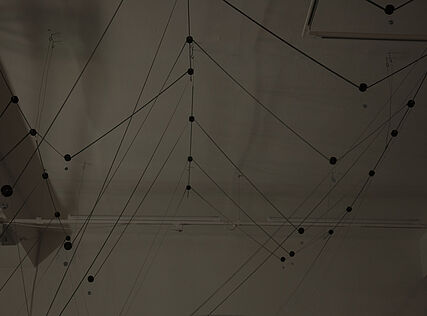 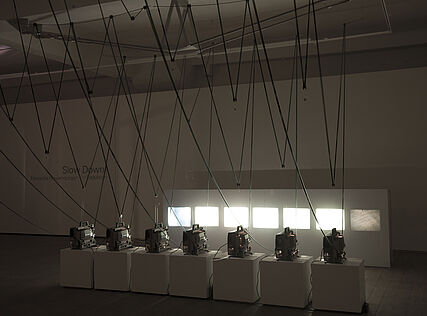 art works in the exhibition 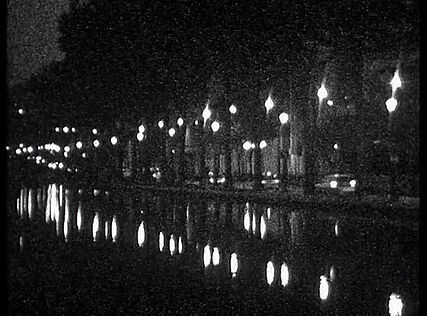 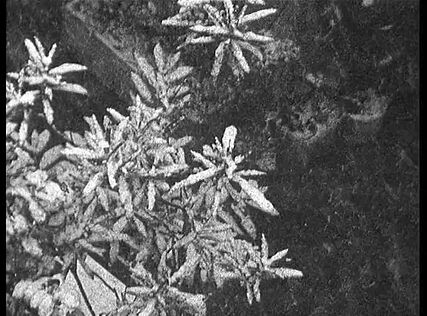 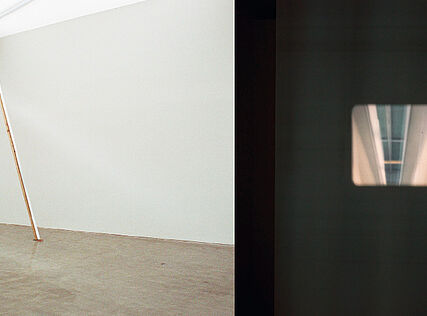 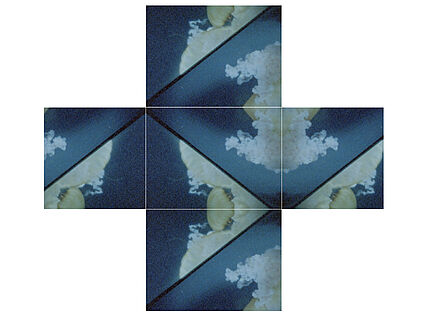 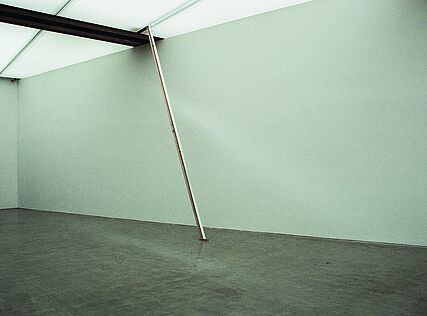 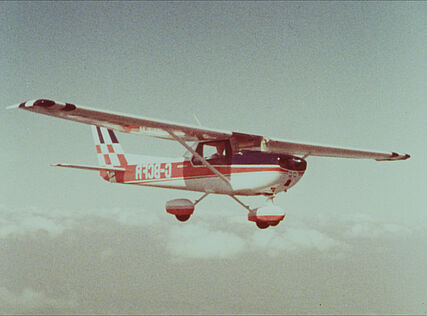 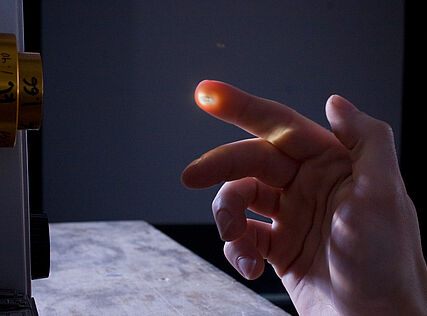 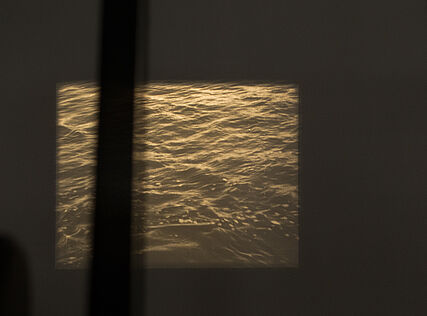 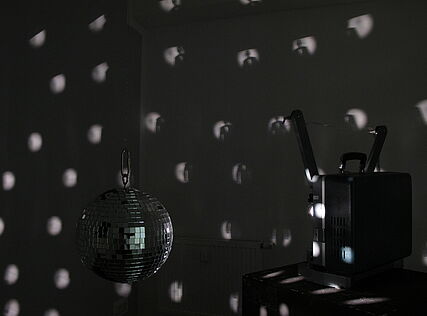 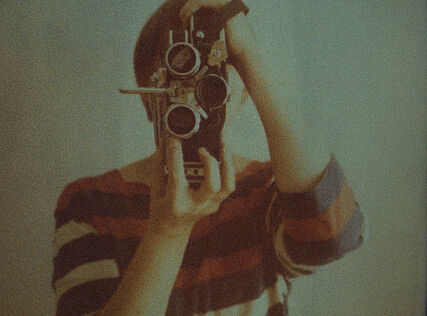 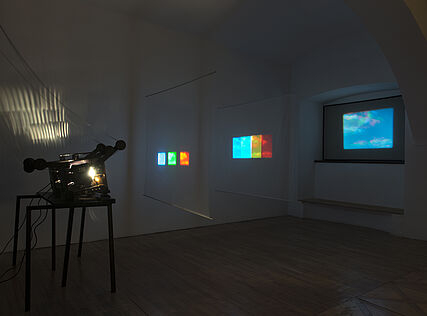 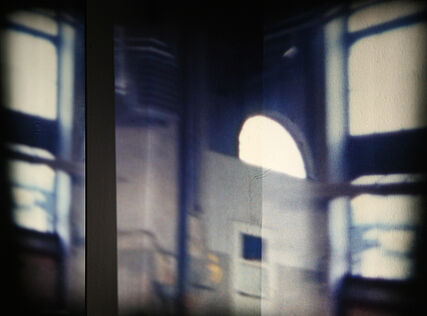