Talking about war
In an age when we can witness war scenarios as they happen in real time, how should images look like in order to develop the potentials of a differentiated point of view?
Four filmic works will be shown that deal with the memory and reality of war or what lies underneath and shift the gaze away from the centre of the scene. An attempt to expand the emotional vocabulary needed to fathom armed conflicts and our inherent involvement and to understand the political contexts and interests as well.

In IT WAS A DAY JUST LIKE ANY OTHER IN SPRING OR SUMMER. by Selma Doborac the camera tracks through a landscape of former settings of war, the traces of which have long since been levelled by capitalism. A text embedded in the filmic imagery describes the seemingly trivial experiences of three protagonists, gradually revealing connections to the observer that suggest a potential war situation. With its own tempo the lines continuously compete in apparent deceleration with a constantly changing image landscape.

LIGHT HORIZON by Randa Maddah features an actress who is cleaning up in a bombed-out ruin, decorating, making herself at home, until she sits down with her back to the observers and looks out in the distance across a war-torn landscape.

With a long uneventful car ride BEHIND THE SUN by Monira Al Qadiri prepares us for the depiction of an almost biblical apocalypse: the earth belching fire and the black scorched sky reminiscent of an almost romanticized vision of the end of the world. Quoting Werner Herzog’s docu-fiction “Lessons of Darkness”, amateur video footage of the oil fires from the Gulf war is juxtaposed with audio monologues of Arabic poetry recited by a skilled orator with a deep voice.

In AFTER THE TRANSFORMATION Ana Hoffner shifts the experience of war and what follows (system change, transformation) to the physical level by provoking a voice change through consuming testosterone and starting to work with a voice coach. Her comments on personal states in the transformation processes between systems can be read as a footnote to both the monologues in Al Qadiri’s film and the situation of the personal in the public realm of war. [school]


co-op a collaboration of the art spaces Kunstraum Niederoesterreich, Kunsthalle Exnergasse and das weisse haus on the occasion of the Mediterranea 16, Young Artists Biennial.
Supported by BKA and BJCEM. 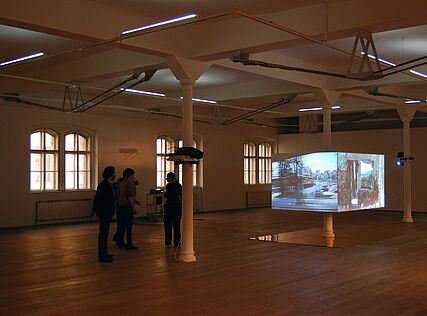 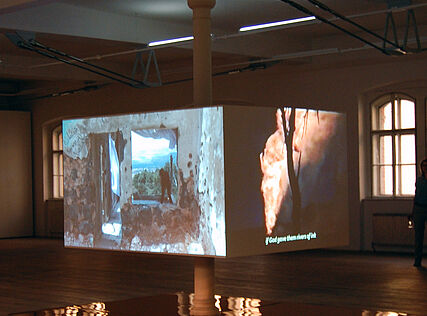 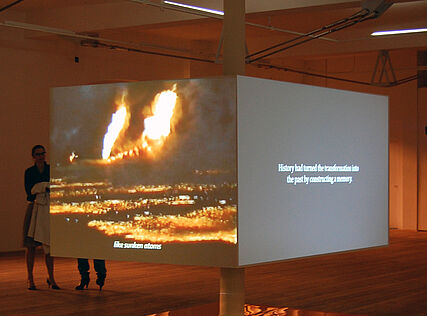 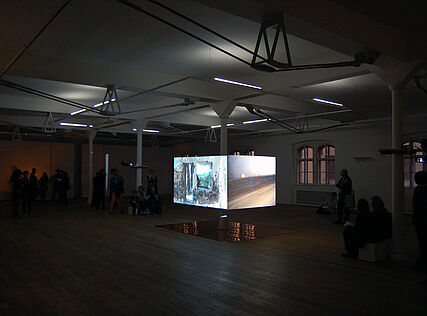 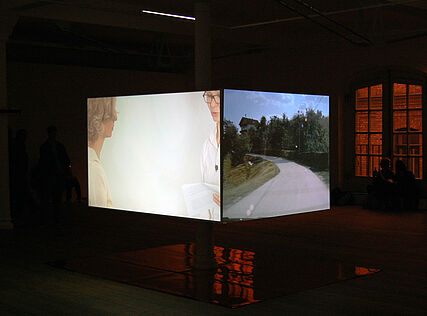 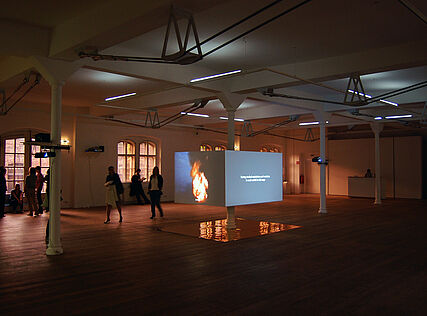 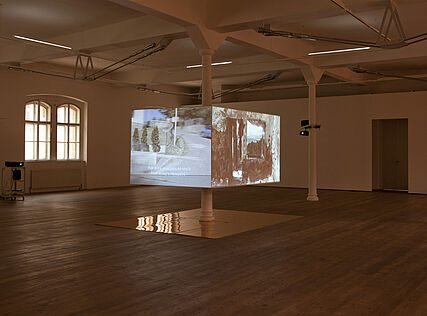