Using different points of departure the projects of Social Sectors focus on the act of translation. Instead of creating competing positions
between cultural readings, the collective potential of these works lies in their engagement with differences in meaning and knowledge production. Here difference is acknowledged as agency that recognizes the politics of possible perception and therefore reflects on the complexity of meaning that each of the employed topics occupy.

In the act of translation, a set information gets processed, reconstituted with the aim of creating a stable link to another context. The intellectual function is expected to provide that necessary articulation. Instead of fulfilling this task the projects of Social Sectors suspend obvious readings to create spaces where accepted codes are constantly being re-articulated. This moment is crucial and in its expansion it creates the necessity to question stable ideological frameworks.

What connects certain dispositives employed in these projects is the constant re-inscription of a possible engagement with the issues being addressed. The possibility of a clear engagement with problems that stem from misrepresentation and partial misreadings seem to enable a critical practice that is, at the very least, able to re-articulate codes and signifiers in a way in which their apparent transparency is suspended.

By creating a space where the observer is able to re-direct its own position, the works succeed in enabling spaces of resistance where ideologically over-determined interests are de-articulated and exposed. The particular discourses of the individual projects create a context in which, through the active participation of the observer, the immanent modes of production of the projects themselves are continuously questioned. In these works the logic of organizing information is never singular.

In Emily Jacir's work From Paris to Riyadh (Drawings for my Mother, 1976-1996) the travel between Europe and Saudi Arabia is traced with the conversion of fashion magazines. A set of drawings refer to the artist's memory of her mother spending the time traveling by covering up the exposed parts of female bodies in the magazine's photographs with a black marker in order to be aloud to bring the magazine into the country. The very act of erasing the female body while in flight across continents and cultural barriers highlights the liminal spaces between what is acceptable; between national norms, and ethnic signifiers, and solidifies the very real political agenda of female disappearance in every nation.

The collaborative project Cambio de Lugar_Change of Place by Geyer and Hayes initiates a set of dialogues with women in different cultural context addressing political and social articulations of gender. Within the dialogues they focus on the act of translation between the two languages involved. Thus the "struggle" of each translator signifies the problems raised in the translation of these discussions on gender both on the level of language and also on the level of culture and historical context.

Lana Lin's project No Power to Push up the Sky focuses on the struggle to determine the most adequate account of a historic event and its global ramifications. By positioning translation as an interpretive act which produces a multiplicity of vantage points, Lin's video points to the subjective motivations underlying any understanding and narrativization of history.

Setting up relations between news images representing episodes in recent Chilean history, the Chilean dictatorship and post-dictatorship and images from the news media that originate in the U.S., Cristóbal Lehyt tries to short circuit obvious readings, avoiding common places and establishing, hopefully, accumulated traces. Setting forth a chain of equivalence that de-stabilize the given reading by the media (and its interests).

Katya Sander's Kahve & Kulüp problematizes issues of race and cultural exchange. By inscribing a Turkish term in the Danish dictionary through a highly personal effort she evidences the distances and obvious obstacles created by an oversimplification of the other. The Turkish word for "cafe" becomes a Danish word in so far as it describes a space of identity. She is able to show how little it takes to surmount apparently overwhelming cultural gulfs problematizing all rigid positions.

Ashley Hunt's installation juxtaposes two sites of nostalgia in the U.S. South, both which re-inscribe the foundational myth of ante-bellum racism and ethnic supremacy, set into the "permanence" of stone. Hunt's installation - representing a photo-exhibition at the Atlanta International Airport entitled, "Zimbabwe: A Tradition in Stone", and of Atlanta's Stone Mountain Confederate Monument, from both of which the "stones" have been removed - reveals the two halves of the myth beneath Southern ethnic supremacy. In the absence of the stones, the viewer becomes the active agent in re-uniting the halves of the narrative, questioning the scientific and spiritual claims made and stumbling over their own role as a historical investigator. 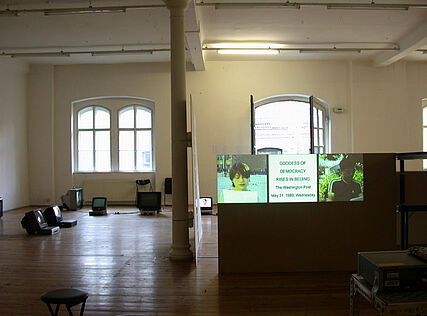 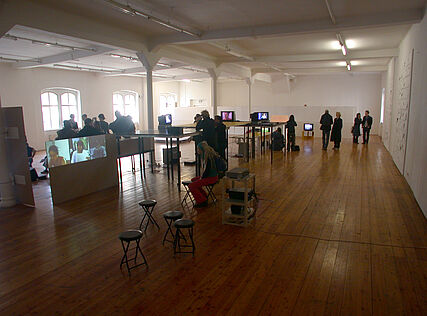 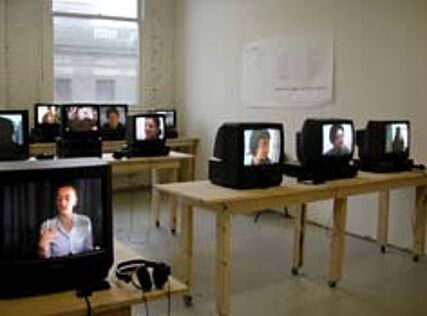 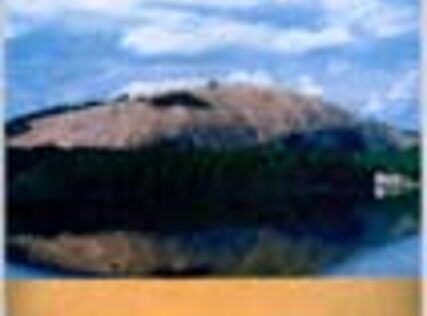 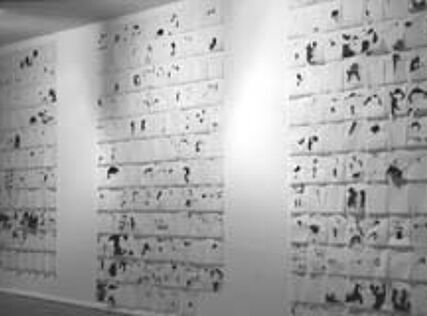 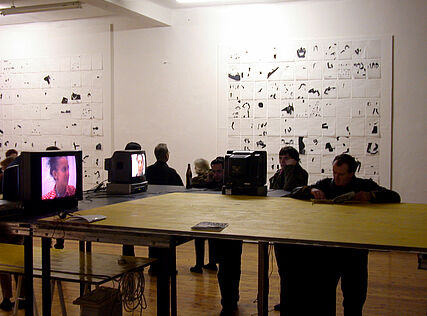 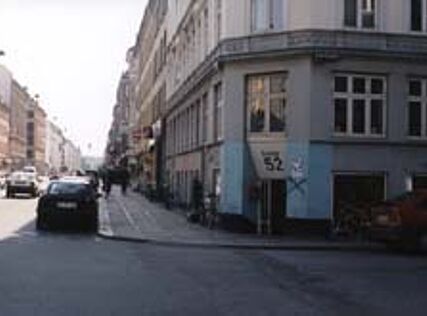