"A thick filmy residue seemed to occupy the room, seeping both into and out of the cracks and corners."

Four artists working with performance-based activities will be invited to enter and occupy a portion of the Kunsthalle Exnergasse and surrounding areas to address the ephemeral nature of the work they do, and its relationship to the objects or other physical embodiments of ideas which they generate.

residue will provide an environment within the exhibition space for ongoing and developing experimentation and exploration of the relationship between the artists' performance, performative act or action and the resultant 'object' or remains - indicators of the past or impending event.

The framework of the project is twofold. In the last week of November, a conversation series will be held. This will provide the artists in the exhibition with an opportunity to meet with each other, with critics and with curators, to discuss the relationship between performance and object, between ephemeral art practice and the documentation or art-work that develops out of such practice. Issues around the idea of document as artwork, artwork as commodity, commodity as fetish and as a component of larger structures and systems of exchange will be addressed during this week of conversations, performance and installation. Several of the sessions will be open to the public, in an attempt to re-generate debate around an area of contested ground; one that has been problematic since the late 50's and early 60's with the move towards conceptualism, and away from object-oriented artistic practice.

During and following the conversation series, the exhibition will be mounted. The space will be occupied by the artists as they create environments for their performances, install documents pertaining to their artistic practice, and prepare for the remaining weeks of interactivity with the audience. The installations, objects, documents, artifacts, indicators and/or empty spaces will grow, shrink, shift throughout the period of the project, providing both insight into the creative and documentary process, as well as the need for the audience to take an active and participatory role in the creation of meaning within the 'exhibition' - and for the active reading of the events, intrinsic and ancillary.

"...and somewhere in between the hush and the din he could feel himself

coming closer to the present, through events come before and after."

The curator will present artifacts within the space that reflect the curatorial process in the general development of the project, as well as the questions raised and results of the discussions in the conversation series. This will take the form of slide shows, visual and textual references…'

Structured as a series of both project group-based conversations and a public forum, residue's initial meetings preliminarily ask

- how can residue complicate our relationship to the Document: the installation or objects themselves, videos, photographs, or the on-going interactivity?

- can the experience of the installation, the performance-proper, and the documentation of the 'active' state vs. the 'passive' state of the work be a productive one?

- can there be production within the gap between active and passive?

- can the notion of lack be embraced in the relation between action and object? time and space?

- can we build on the absorptive and theatrical expectations of performance?

- how does one experience nostalgia for an event never physically attended?

- how can the notion of the fetishized object be complicated in its relation with the artist, the action and the audience? 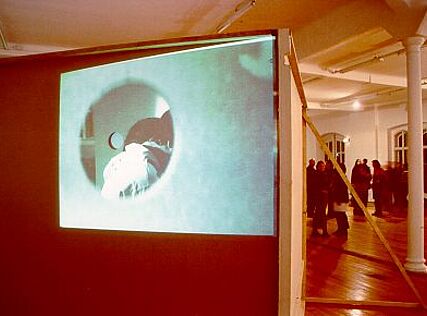 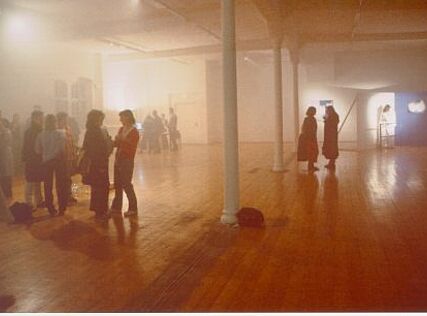 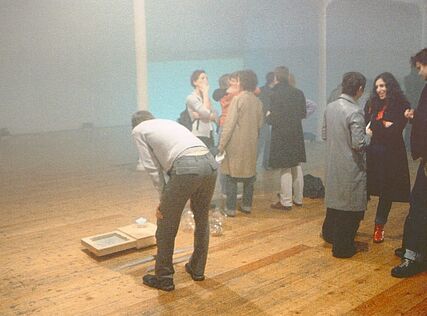 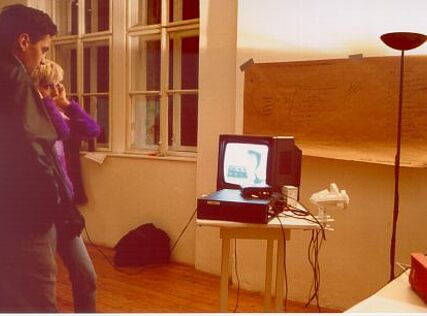 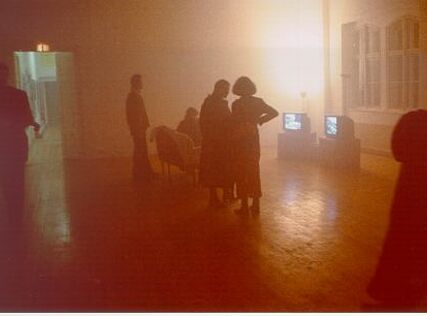 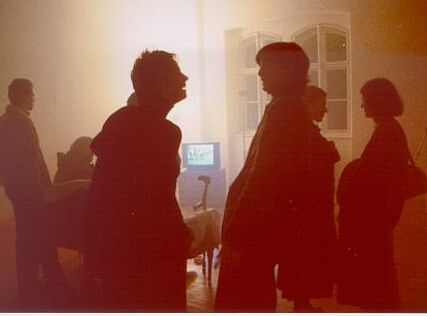 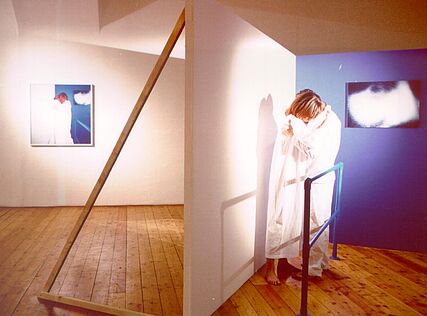 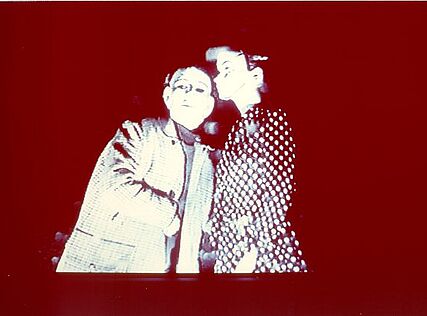 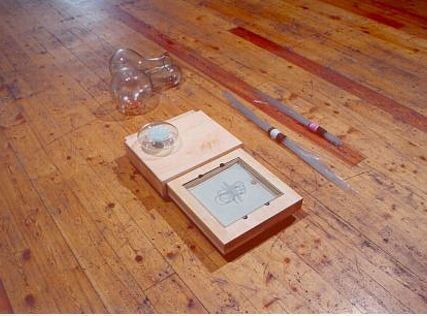